The date in the title, 20120611 (June 11, 2012) was revealed to to be the release date of iamamiwhoami's debut album, which would be titled kin. This was confirmed by Cooperative Music Italy. 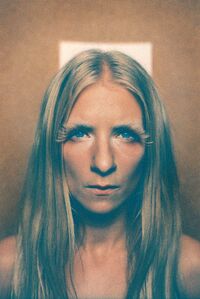 The board and the paper are believed to be the background in one of the photos released by BULLETT on the interview, back in November, 2011. A reflection on the bulletin board shows a building with birds flying about. The building will later be seen in sever.