On May 31, 2011, the Way Out West Festival announced iamamiwhoami as part of the line-up for 2011 to be held during August 11–13, 2011, in Gothenburg, Sweden. This was their first live concert. A promo image for the concert with a Sweden phone number was featured at ; calling, it answers with a recording of an a cappella song with a background ringing, apparently as a continuation of ; john. This song is currently referred to as +46 702 888 037.

The concert saw the return of the toilet paper bed and white terrycloth from ; john and clump. The concert opened with a screening of a continuation of where the ; john video left off, with the camera view entering the open door of the white house, and seeing one of the men in underwear placing a plastic bag into a hole in the wall.
Three cameramen dressed in black jumpsuits were seen following Lee throughout the performance, which included explicit symbolism. Concert interludes depicted copulation and fertilization with toilet paper rolls, and Jonna's choreography mimicked several sexual and gestational themes. All of iamamiwhoami's released tracks were performed with the exception of . (also referred to as shadowshow). u-1 was performed in the soundcheck before the concert.
After the festival had finished on Sunday 13th August, the concert promo image on the website towhomitmayconcern.cc was removed and replaced with the black screen they used after the To Whom It May Concern concert. 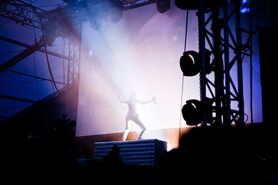 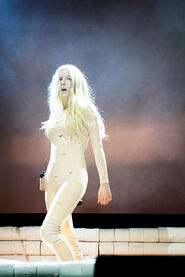 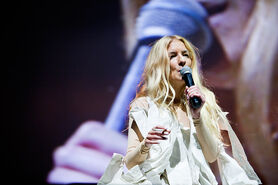 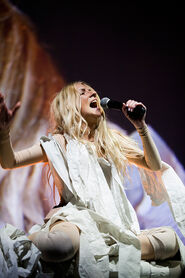 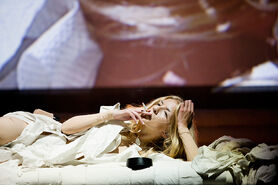 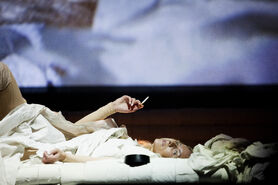 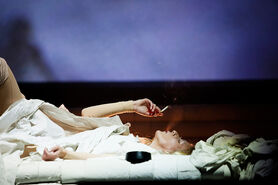 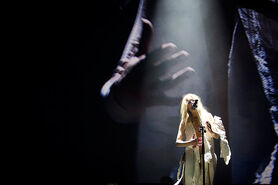 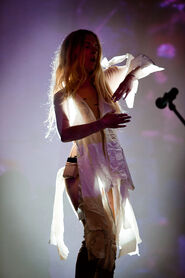 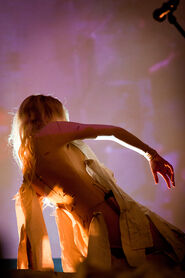 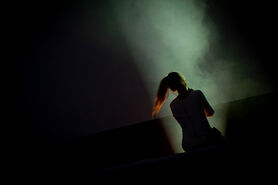 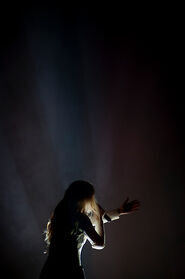 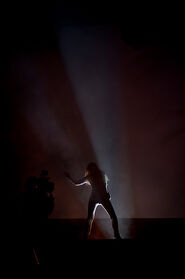 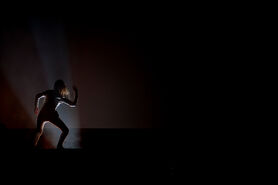 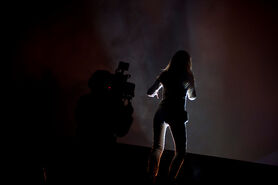 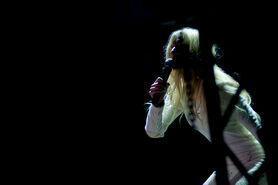 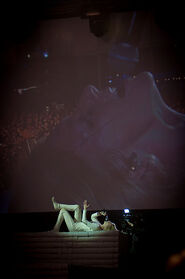 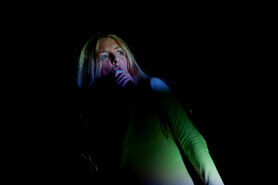 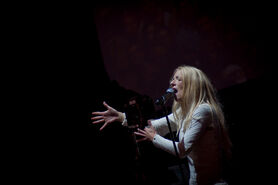 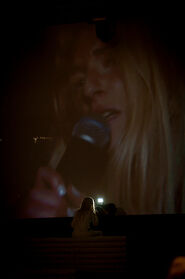 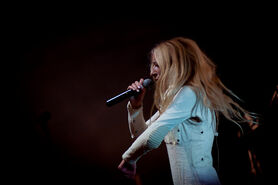