iamamiwhoami is the electronic music and multimedia project of Swedish singer-songwriter Jonna Lee. The project was conceived in collaboration with Lee's long-time producer, Claes Björklund and the video director Robin Kempe-Bergman. Starting in December 2009, music videos have been released in four series from the project's YouTube channel, with complementary digital downloads becoming available through online retailers. Critically well-received, the project's music and visuals contain elements of electronic music sub-genres such as ambient, synthpop, dream pop and trip hop. The videos in particular have spread virally and have garnered much attention, and the project is notable not only for its artistic multimedia output, but also the creators' leveraging of YouTube and viral videos to disseminate their music and music videos. As of 2012, iamamiwhoami has its own label "To whom it may concern.", which operates in conjunction with Cooperative Music and is founded by Jonna Lee.

iamamiwhoami is widely known for its secretive nature. Lee's participation was not fully confirmed until August 2011, where she began giving her first interviews regarding the project. She has stated the project was inspired by the fact that she stated that she "didn't really know what she wanted iamamiwhoami to be, hence the moniker." Indeed, Lee finds that her "identity was not hidden but neither articulated by me because what is relevant is the work we have done and the audience reflection of my identity." Although Lee acknowledges that secrecy is essential, she feels there is "a lot of communication from me [to the audience] all the time even though it's not literal." 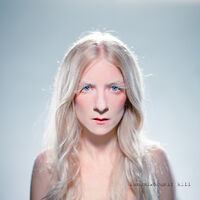