The concert begins with a giant black box with smoke rising out sitting in the centre of the stage, and Jonna Lee comes out wearing a white jumpsuit. A backing band dressed in white polo shirts, bermuda shorts and caps are seen, along with Swedish artist Dimbodius. The black box later transforms into a white box after the black covering falls off. After idle talk, Lee drags a fur coat to the stage and sings to it, stroking its fur and then later dancing with it during sever. Lee goes backstage for a brief moment and her outfit changes to a black jumpsuit during play and she wears the fur coat from earlier. She then removes the fur coat as she sings t. During goods, colourful dots illuminate from the white box.

Those who lived under a digital rock the past two years may not have known what or who iamamiwhoami is, but for the rest of the viral world, there's no real excuse. When YouTube started to be filled with cryptic video clips with an equally cryptic dispatcher, the entire blogosphere walked in a frantic chase after the creators. Nevertheless, there are few concrete facts about iamamiwhoami's setting or main characters. Which is really fucking funny.

What we know is that Jonna Lee holds the role of the [project's] face (an involvement that she, herself, has never commented on) but beyond that, the gray areas become more dense. An audio-visual album, dubbed kin, released by Cooperative Music around the world June 11, 2012, which nails the pieces with the utmost security is already highlighted in red on the calendar. "good worker", one out of three chapters of kin that appeared on YouTube, is five minutes of sheer art for the eye and ear.

Last year we got a first IRL-taste when iamamiwhoami performed at Way Out West in Gothenburg. Never before has the mystery been so tight, and when it exploded into something light fantastic synth pop festival was none the wiser. They received an award as "Innovator of the Year" by the Grammis-jury. Everything clears the way for this year will be iamamiwhoami's year.

Whether it was Stockholm Music & Arts who have set for iamamiwhoami to play at the festival or it is actually the contrary, we do not know. What we know is that there is something cryptical and out of the ordinary. And that is for sure. 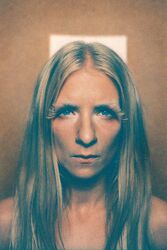 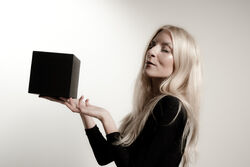 Official press photos by Annika Berglund for the festival. 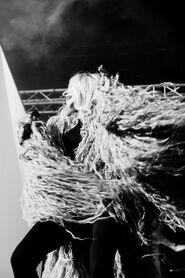 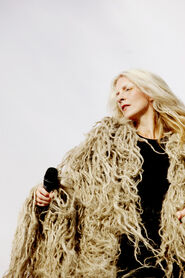 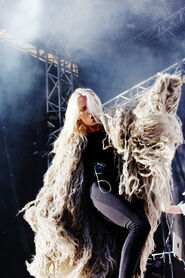 Taken by Amanda Björk for Rockfoto. 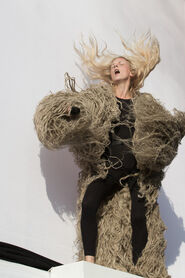