iamamiwhoami is the mysterious musical project that in 2010 gained popularity by putting up beautifully shot out-of-this-world videos on YouTube. Spherical synth sounds mixed with an angelic, reverberant voice and intricate drum beats set the tone enhancing the mysterious aura of the videos around them, yet slowly revealing more and more of the artist behind the project. After having released the debut album, kin, in 2012, iamamiwhoami's sophomore album, bounty, will be released this summer. 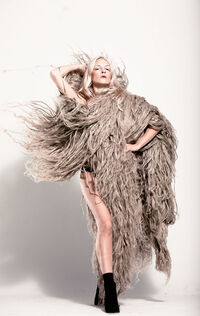