Swedish revelation of electro and dream pop, awarded in the category Innovator of the Year (Grammis 2011), for the first time in Poland!

iamamiwhoami the project, which first arose in December 2009... on YouTube, where they presented specific and quite abstract audiovisual works, which quickly gained popularity among Internet users. The enigmatic female figure who appears in them, is Swedish singer Jonna Lee. Producer, watching over the instrumental part, is the pianist and songwriter Claes Björklund.

The premiere of each new video that appeared on the Internet was accompanied by the release of the single audio track. Next came up: b, o, u-1, u-2, n, t and y. The letters formed the word bounty finally (generosity, gift, reward, bounty hunter).

On November 16, 2011, a "live" concert entitled To Whom It May Concern took place. The stream could be seen at towhomitmayconcern.cc of the organized performance by iamamiwhoami. This event was accompanied by the release of a live album with a recording titled IN CONCERT.

On June 11, 2012, this year saw the first full-length studio album released by the group. The album includes nine tracks that can be seen along with videos, a new series titled kin. Title of that series, which began in spring 2012, is also the title of the new album.

iamamiwhoami is an electronic music and multimedia project produced and headlined by Swedish singer-songwriter Jonna Lee. Starting in December 2009, music videos have been released in four series from the project's YouTube channel, with complementary digital downloads becoming available through online retailers. She has performed two concert shows, one broadcast via her website, To Whom It May Concern, whilst the other formed part of the 2011 Way Out West Festival. Critically well-received, the music and videos, containing elements of several electronic sub-genres such as ambient, synthpop, dream pop and trip hop have spread virally and have garnered much attention.

Her first studio album kin, an audiovisual release, was released on 11 June 2012 through the project's own label To Whom It May Concern, in conjunction with the British Cooperative Music. They are managed by the UK-based D.E.F. Management. iamamiwhoami is notable not only for its artistic multimedia output, but also the creators' leveraging of social technology (YouTube) and phenomena (viral videos to disseminate their music and music videos). 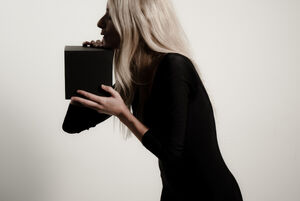 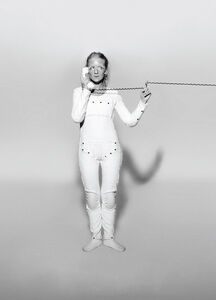