iamamiwhoami performs at 20:00 at the Queen Elizabeth Hall on Southbank Centre on Wednesday. This was the first concert in which most attendees were iamamiwhoami fans due to it being a single-ticket performance and not a one-ticket-for-all performances event, and was also the first concert to have an encore. Additionally, the setlist differed from the previous concerts; this one having kill, o and ; john, all of which were not previously performed. The hall seats 900 patrons, tickets cost £17.50 for Zones A + BA and £15.00 for zone B. Concessions and Groups received 50% off.

An extraordinary internet phenomenon, iamamiwhoami plays for the first time in the UK.

Her album 'kin' has been released over the course of 2012, with different tracks appearing each fortnight on iamamiwhoami's YouTube channel.

With 15 million views and counting, these surreal and visually stunning music videos have offered a glimpse of one of the most exciting new artists around. 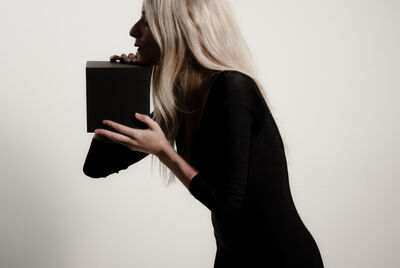